Winter Gardens Blackpool is one of Europe's biggest entertainment complexes hosting many events across the year.

Blackpool’s Winter Gardens first opened to the public on 11 July 1878, with a lavish ceremony attended by the Lord Mayor of London and Mayors and Mayoresses from 68 towns throughout the country.

The Winter Gardens has entertained hordes of crowds in Blackpool in its collection of theatres, ballrooms, exhibition halls and public spaces.

Since opening in 1878, the venue’s aspirations have continued to mirror the development of Blackpool as a friendly seaside resort and as the town grew in popularity throughout the century, the venue’s wide range of entertainment has developed with it.

One of the UK’s biggest theatres, the Winter Gardens Opera House, has seen a cast of thousands tread its boards since it first opened in 1939. With almost a 3,000 seat capacity, the splendour of the venue oozes sophistication and character as it boasts unforgettable performances year after year.

Hollywood stars such as Frank Sinatra, Judy Garland and Bob Hope have all graced the Opera House stage, and more recently, the likes of Little Mix, Bob Dylan, Peter Kay and One Direction have performed to sell-out audiences here. 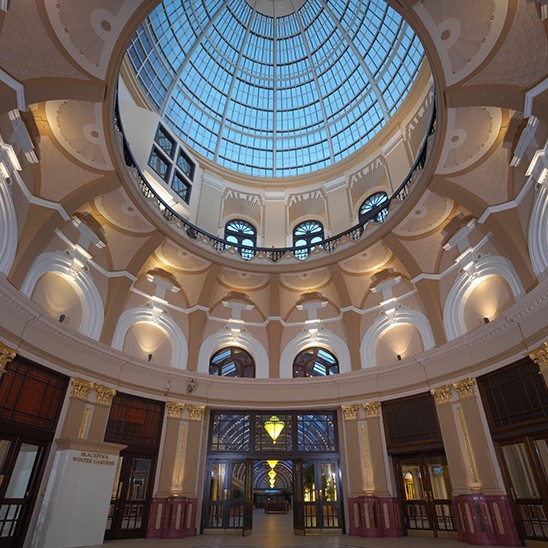 Simply fill out the form below and we will get back to you as soon as we can.